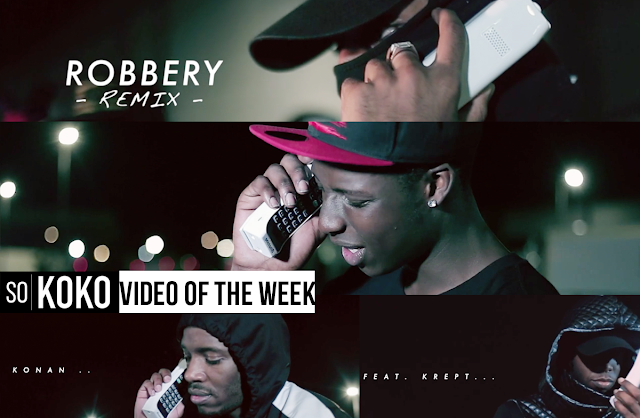 Abra Cadabra featuring Krept and Konan – ROBBERY is SO KOKO’s Video of the Week.
Robbery has been true to its name as it has really ROBBED the music scene with all the love it’s received. (Man don't talk man rob..... CLEARLY!!) The video which features Abra Cadabra, Krept and Konan has hit 3 million views on YouTube. The track is clearly a MAD MAD MAD MAD MAD hit, we all know what it does to a crowd when it comes on.

Crazy visuals by Kaylum (@KaylumDennis) along with appearances from your favourite UK artists such as Stormzy, Section boys plus more.

Yaa eediat, yaa eediat?? No, I didn't think so. Make sure you check the video out below.