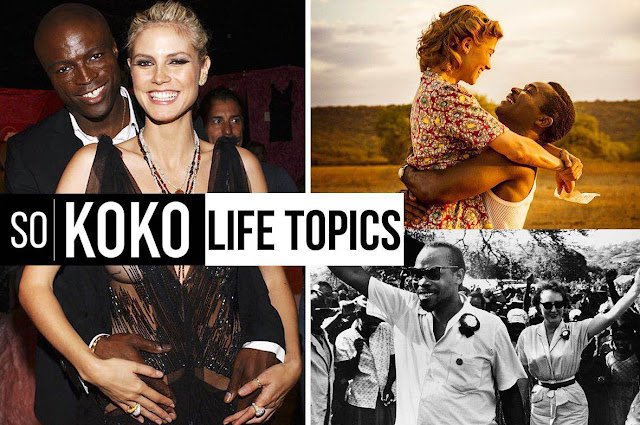 How accepting are we really?

To celebrate Black History Month, every Thursday's Life Topic will be drawn from our African History. This week's Life Topic Konvo has been taken from Botswana.


For some of us, dating outside our race will cause a family crisis. Now imagine a crisis, involving 3-4 countries!

This is a love story that shook the world.

When we first read about this story, it seemed like the plot of a Hollywood film, (even Nollywood), we had to tell it! Coincidentally, this November, it will finally be told. So not to spoil the film, we'll let Ghanaian Director, Amma Asante tell the story instead:

We live in a time where Youtube is almost saturated with interracial couples vlogging their experiences, their comprise of cultures. Some of the most popular vloggers are interracial couples BECAUSE THEY ARE INTERRACIAL COUPLES, amongst other reasons. Even while we may get sick of some these videos (eventually or never, different strokes for different folks),  we wouldn't describe the fact a black woman is with a white man or vice versa as 'nauseating', would we?
This is how South African Prime Minister at the time, Dr DF Malan, described them. Leading the national party to its first victory in 1948, he cabled the British government urging it to oppose the marriage.

Embodying the phrase 'love trumps all',  this historic couple stood together against all odds- racism, banishment, rejection and of course,  their very different backgrounds. Though opposition was on every side, they prevailed. The once banished Prince of Bechuanaland became the President of Botswana - The prelude to their independence in 1966. He served for four terms.


We told you it was the perfect plot for a film ( still without giving everything away - we hope).
But have attitudes really changed? Could Prince George or Princess Charlotte find love in Africa?

Could you find love outside your race?


Did you find the above question difficult to answer? Was it a straight yes or no?