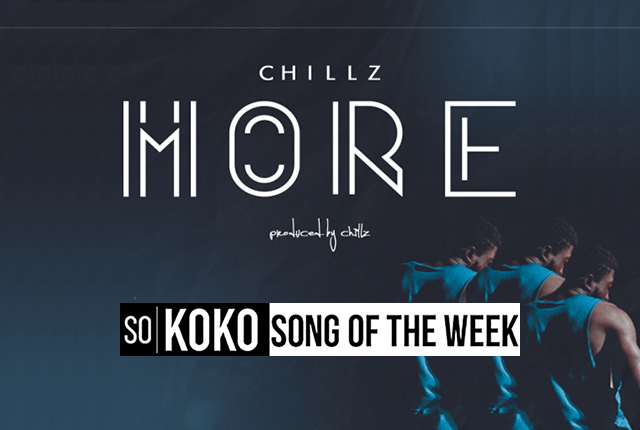 Finally, More Chillz !
Probably best noted for his 2014 hit, Elegushi ft SO KOKO Fav L.A.X, Chillz amongst his brilliance as a producer, is one the watch.

Favouring that smooth R'n'b, Chillz' latest release is one to have on a repeat. Our complaint is the mix may seem a little harsh at first but once the beat drops, you get lost ( not in the sauce , that's too cliché although this is a saucy one!)..in Chillz's world.

His name embodies just how cool he is, and this comes out in his music. At the same time, if we refer to Chilli as in pepper, when you listen to More and other hit songs both by him and produced by him, you will understand why we're asking for More Chillz because he brings the heat.

Don't keep us waiting for the next one, we love it. Listen here :